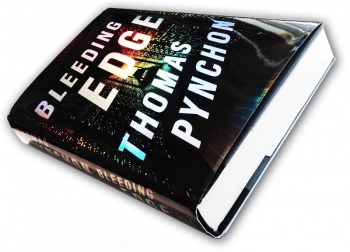 The image of the server farm, which is on both the front and back covers, evokes two of the main themes in Bleeding Edge — the Internet and the World Trade Center twin towers.