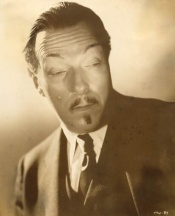 
Reference to "The Letter" [12], an American noir film directed by William Wyler, where Bette Davis in the role of Leslie Crosbie is the social superior to Gale Sondegaard's Mrs. Hammond who is the wife of Davis's manservant and lover whom Davis murders. "Pullin rank" could also be a double entendre, as Davis was the lead actress and Sondegaard the supporting actress. In "The Letter" Davis's character is stabbed (shanked - prison-yard slang) by Sondegaard's character. Here's the trailer for "The Letter":

They gonna be give me all rice-nigga remarks and shit, this way I beat 'em to it.
"Rice nigga" is, as you might suspect, a derogatory/racist term for Asians. Darren anticipates these kinds of remarks when he starts performing out, so he writes this rap that lampoons American stereotypes of Asians, starting with Screamin Jay Hawkins' paranoid song "Hong Kong."